Message from the Director of MU Endowment 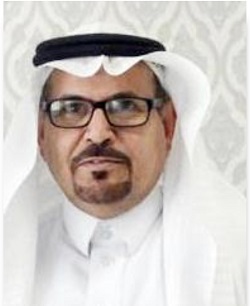 It becomes apparent that knowledge is the way for the renaissance, advancement and development of any nation. To put it differently, The prosperity of a nation is inextricably determined by its achievements in the field of knowledge, research, education and training as well as the fund allocated for investing in human capital to achieve the goals of education sector.

Scientific endowment has always been an indispensable factor for the flourishing of Islamic civilization. There is an inextricable connection between scientific endowment and the educational process as the former contributes in achieving one of the significant strategic essence in the field of education and that is financial sustainability. Through financial sustainability, scientific research and academic fields can be funded which will allow the university to consolidate its commitment to serve the society.

Since the early Islamic era until our modern history, scientific endowment has received a great deal of concern. Saudi Arabia is no exception and therefore several endowments were established to fund students and academic institutions and to play a major role in achieving financial sustainability, an important factor for solving many of the society issues. The revenue earned from scientific endowments allows universities to boost scientific research, develop the educational process and support the infrastructure, a prerequisite essence for universities to engage in the knowledge economy.

Being a non-profit organization, Majmaah University has realized the importance of having endowments and therefore has established its scientific endowment in line with the Kingdom vision 2030.